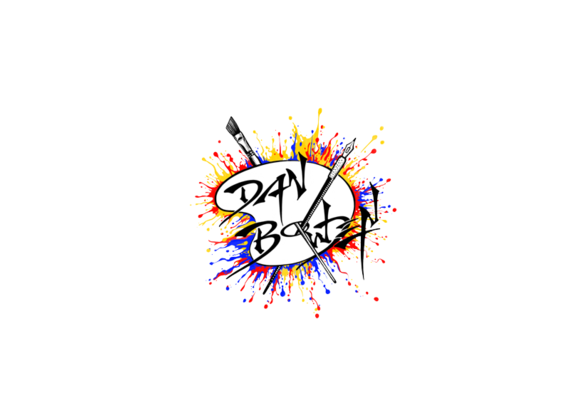 Dan was born in Chicago, Illinois, the son of an Air Force colonel. While moving from state to state with his family, he became keenly aware of his artistic abilities at the early age of four, and has been creating artwork in one medium or another since he can remember. His family Air Force life brought him to Southern California in the late '70s, where he has resided ever since.

Dan is a self-taught artist in every sense of the term. His keen, inborn ability was recognized very early on during his school career. Every instructor he had recognized his natural abilities and would challenge Dan to try many different mediums, including acrylic painting, water color, pen and ink, pencil renderings, and stained glass. There was no challenge too great. Finally, his instructors had to admit that there was nothing they could teach him. It was as if he was just born with a natural understanding of how the paint works to perfectly blend colors and create shading surpassing anything they had ever seen.  Keeping with the times, Dan has also incorporated the use of his iPad as another way to express himself in art.

In June of 2016, Dan joined the Chuck Jones Gallery through Linda Jones Enterprises, and it is his pleasure to have become an homage artist for the gallery.  Dan is utilizing his love and passion of painting fine art acrylics on canvas for the gallery.

​Dan has done many commissioned pieces throughout the years and has donated countless pieces of art to churches, college jazz band calendars, the Leukemia Foundation, and the Juvenile Diabetes Walk, to mention just a few.

Dan Bowden's passion for his art is stronger than ever before, and his commitment to his art has become the very definition of who he is. He describes it as the driving force which fuels his creativity to new levels each day.

While Dan Bowden's art speaks to you, draws you in, inspires you, and stirs emotion from the very first time you see it, it isn't until you take a closer look that the art reveals its finer secrets, shows you its inner character, and tells you why a single work of art can show you the "peace of art," as he incorporates the Dove of Peace in all of his work. Those who have seen his artwork often comment on the vivid detail, depth of color, and hidden gems to look for in every painting. Dan's hope is that all who view his artwork will enjoy it as much as he enjoys creating it. 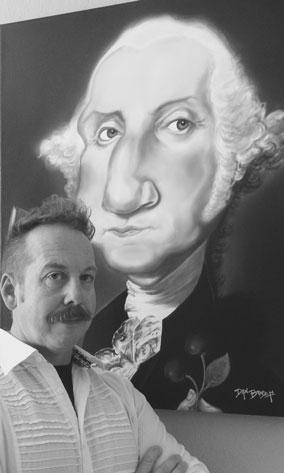 Artist: A Life of Moving On in Art